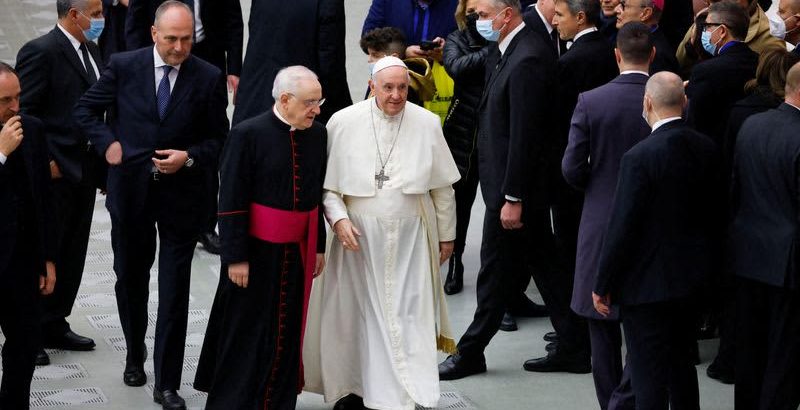 By Philip Pullella VATICAN CITY (Reuters) – All European countries must share the responsibility for taking in migrants and helping them integrate, Pope Francis said on Wednesday, urging nations to open “the door of the heart”. Speaking at his weekly general audience, Francis, who has made the defence of migrants and refugees a cornerstone of his papacy, said he was able to touch their “wounded humanity” during his trip to Cyprus and Greece earlier this month. “I also was able to see how only a few European countries are bearing the greater part of consequences of the phenomena of migration in…